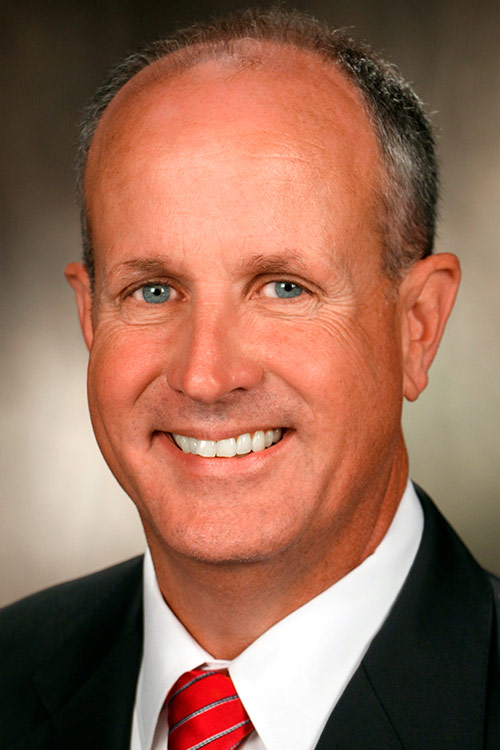 Mitch Livingston has served as President & CEO of NJM Insurance Company since April 2018.

Under Livingston's leadership, NJM is undertaking a strategic geographic and product expansion from its New Jersey roots to become a full service personal and commercial lines writer in the Mid-Atlantic region, while maintaining its strong commitment to present and future policyholders. As evidence of that commitment, in 2021 the Company was named #1 in Customer Satisfaction among Auto Insurers in the Mid-Atlantic region by J.D. Power.

Livingston has also continued the Company's commitment to the communities it is privileged to serve through his participation in organizations promoting cultural and economic development. This includes serving on the Boards of Directors of Choose New Jersey and the New Jersey Performing Arts Center, and acting as the Chair of the Board of Trustees of the Drumthwacket Foundation.

Livingston is a member of Governor Phil Murphy's Restart and Recovery Advisory Council and Health Care Affordability Advisory Group. He is also on the Board of Governors of the Property Casualty Insurers Association of America, the mission of which is to promote and protect the viability of a competitive private insurance market for the benefit of consumers.

Since beginning his service at NJM in 2006 as a Staff Attorney, Livingston gained experiences and responsibilities within and outside the legal department. In 2017, he was promoted to Chief Operating Officer and General Counsel, before being named President & CEO in 2018.

Immediately prior to joining NJM, Livingston was a partner at a Trenton-based law firm, where he practiced insurance regulatory and appellate law, after serving as a Deputy Attorney General representing the New Jersey Department of Banking and Insurance.

Livingston and his wife, Heather, live in Yardley, Pa. They have two children.